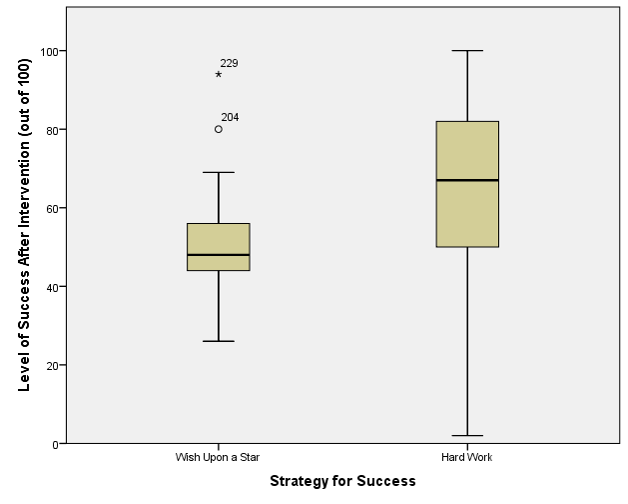 This blog is part of a lecture about descriptive statistics and exploring graphs with SPSS. Some of the data is of the students themselves, and for other graphs, I used the datasets from Andy Field’s Discovering Statistics Using IBM SPSS Statistics, a book I highly recommend!

Part 1: Opening a file and starting to explore a variable

In this video, I show you how to open a data set and how to start exploring a variable. The dataset we are using is from students, so I can’t share it.

Now we can start looking at the results.

Sometimes you have missing values in your dataset, so the valid percent score will be different.

The first graph we are creating is a histogram. We start with exploring grit variable.

The next thing we do, is explore the grit variable a little more, now looking at the grit score per gender type.

Please take the settings of your axes into account! If you don’t you have the risk to deceive or mislead your reader.

With the boxplot chart we get a nice overview of the distribution of our variable, and we can also detect outliers.

Finally we will make a population pyramid. For this graph, you can use the dataset from Andy Field, named Jiminy Cricket.sav.